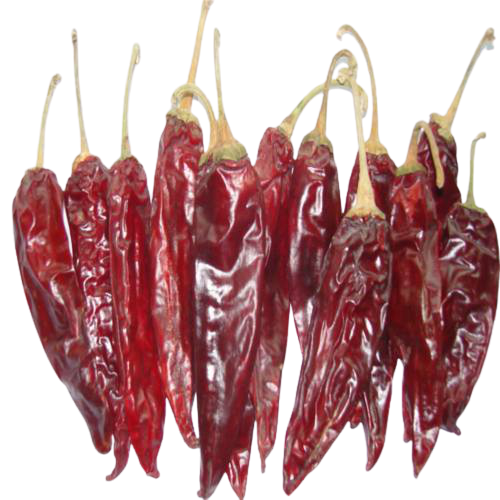 Being among the top producer and consumer of most spices, India is also a chili loving country. The chilies or peppers are the essential ingredients for spicing any dish and fondly known as the “Queen of spices” among the foodies. It is capable to immediately heighten the taste of any cuisine with their hot savor and spiciness. Based upon the type (high, medium, or low pungent) and place of origin, there are multiple variants of chilies available. The hot variants like Teja S17 and Sannam are known for high and medium spicy levels, respectively, and Byadgi and Kashmiri having high ASTA value with low pungency. Another existing variety is the wrinkle chilies that are also called as semi wrinkled chilies. There are mainly two famous semi-wrinkled chili varieties, viz., 273 Wrinkle chili and Devanur Deluxe chili. The Devanur Deluxe chili is also shortly called as the DD Chili. Its main attributes are being a lesser quantity of seeds, which is excellent for specific usages and is demanded in global markets.

The DD Chili variants are mostly grown in Southern India and are highly demanded throughout the world in its powdered form. It is one of the Guntur chili varieties having a hybrid type of characteristics resembling the traditional Byadagi chili. The physical properties of the Devanur Deluxe Chili are similar to the other semi wrinkle chili, i.e., 273 red wrinkle chili. The pungency value of DD Chili varies between 25,000 SHU to 35,000 SHU, and the color value is 90-120 ASTA, i.e., a highly deep red color. It can grow up to 9-12 cms without the stem. The fresh chilies are plucked from plants by farm labors and are dried under the sunlight for a few days. Thereafter, the broken, damaged, ripen yellow or white chilies and leaves are separated via the grading procedure. The mouth-watering aroma, mild pungency, and magnificent red color DD chilies are admired among the spice lovers. Peoples who prefer less spicy foods usually opt for it. Mainly, three variants of Devanur Deluxe chilies, i.e., with the stem, without stem, and Red Chilli Powder, can be prepared. These chilies are suitable for cooking and garnishing in multiple cuisines.

The Sky Agri Export can provide the best quality wrinkled red chilies in dried forms. As a quality conscious supplier, the fresh red DD chilies are procured from reliable farmers only. The company is flexible to offer the most accomplished quality ranges, i.e., Best, Medium-Best, Medium quality, for customized orders from the clients. This semi wrinkle red peppers are in high demand in European countries, Russia, the Middle East, Canada, and America. It can be supplied at a bulk amount, over a given timeline and smooth export procedure.

The Devanur Deluxe chilies help to reduce cholesterol levels in the blood and regulates the blood circulation.

The DD Chilies helps to detoxify the respiratory system and clear the lungs from various impurities. It also assists in clearing mucous from the nasal passage and helps to fight sinuses.

Devanur Deluxe chilies help to improve the digestive system that avoids stomach aches, gastric or constipation issues, and cramps. Also, it is anti-inflammatory and anti-irritant for the stomach and helps to treat stomach ulcers

These chilies have antibacterial and antifungal attributes, which keep the body immunity strong and prevent viral flu or the common cold.

The dry DD chilies meet the vitamins and minerals requirements of our body and prevent may allergies and infections. Also, its anti-oxidants act as natural scavengers and slow down the aging.

The semi-wrinkle DD chili powder relieves the nerves and joint pains arising because of the arthritis-related issues.

The Devanur Deluxe chilies can be applied to the grilled or roasted vegetarian and non-veg meals with a mild level of pungency having the aided aromatic masala.

The dried powdered Devanur Deluxe chilies variants are used in low pungent fast foods like steamed momos and noodles, as well as to prepare spice mixture.

Because of its natural deep reddish color, the DD chilies can be used to color the chili chicken and chili paneer that mostly preferred to be of low spicy content.

Both the dried semi-wrinkled chili is commonly used in appetizers, salads, pickles, and chutneys with mild spiciness and aromatic savor.

The high ASTA value of Devanur Deluxe chilies it is used to obtain the powdered form and oleoresin that is used in cosmetic manufacturing like lipstick and nail polish. 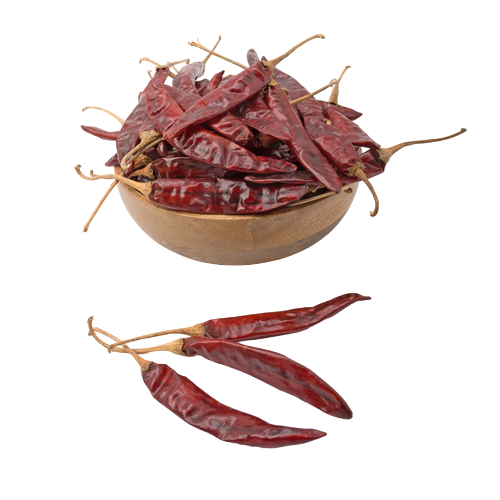 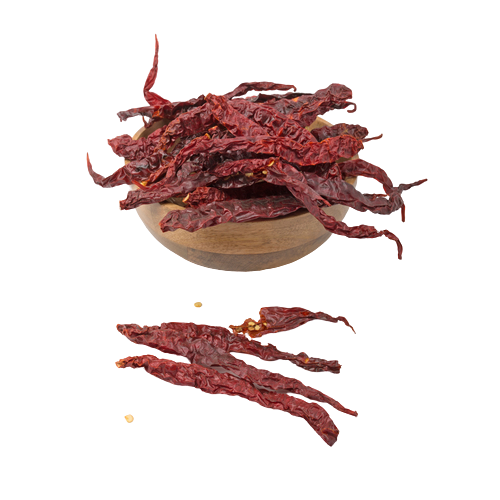 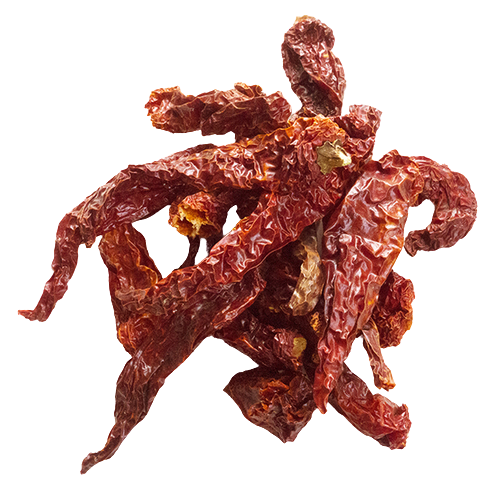 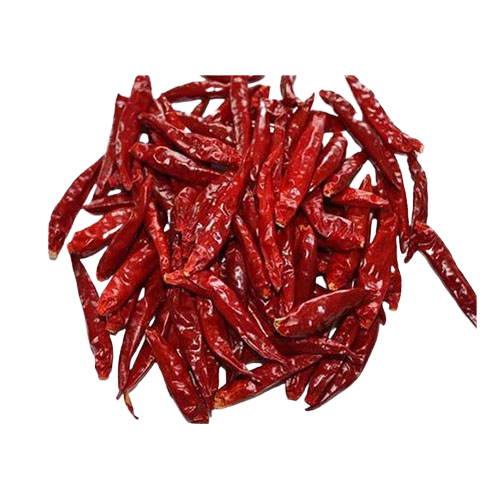 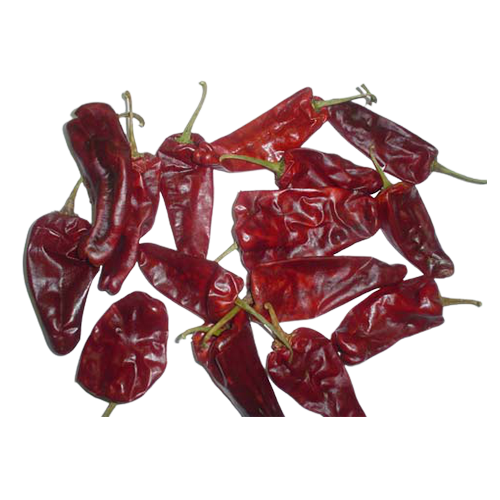 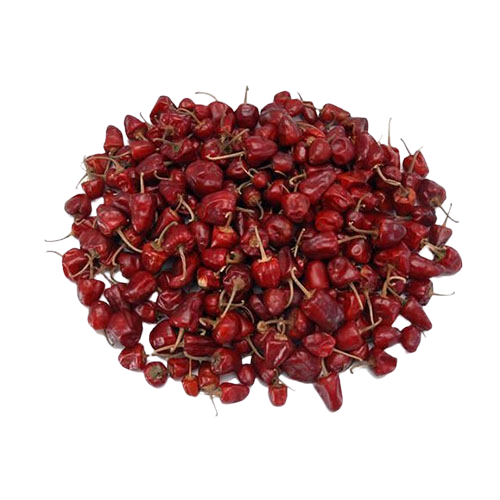 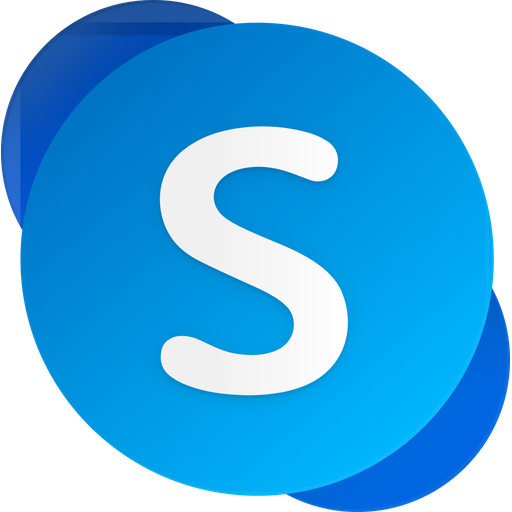